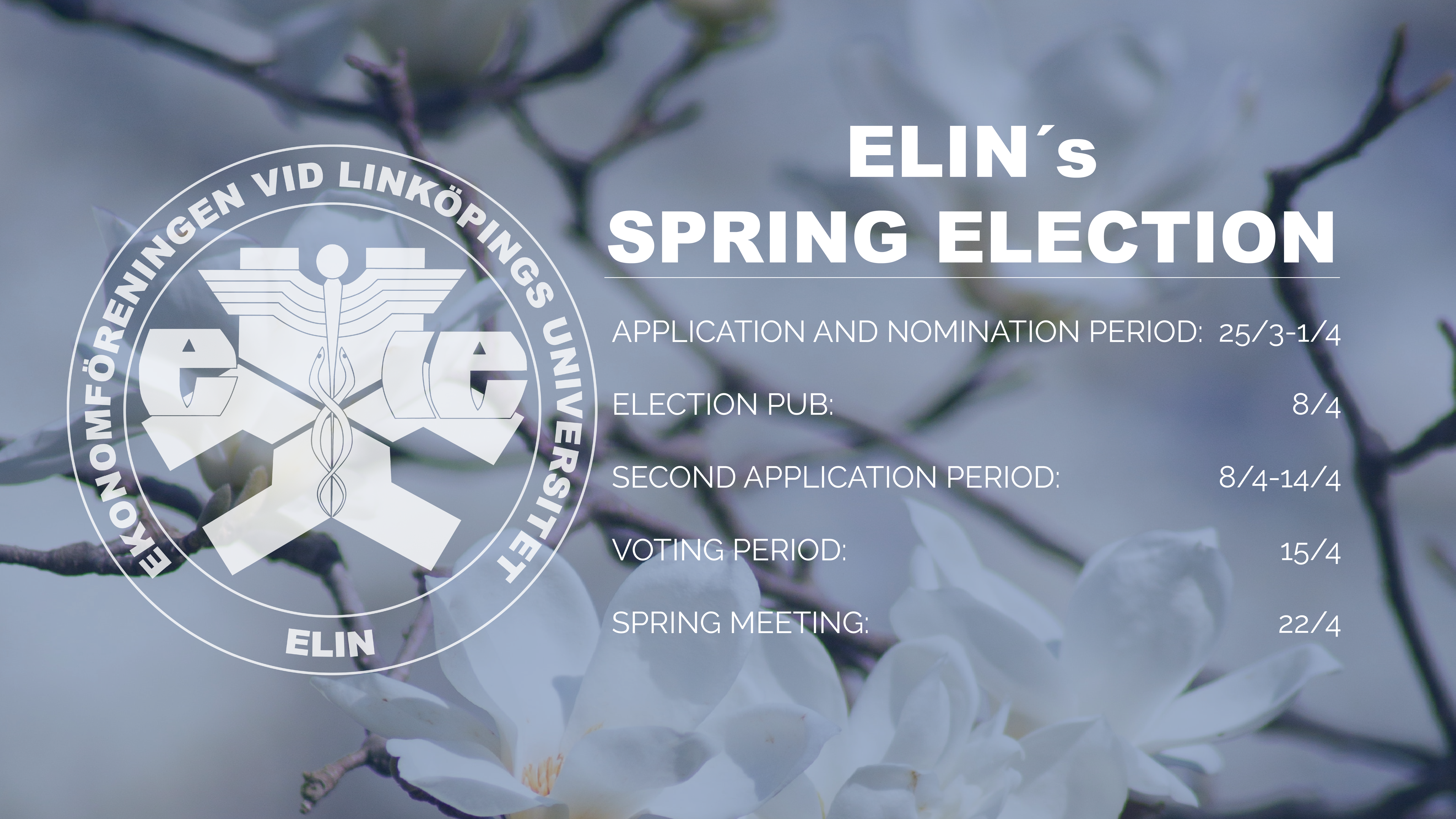 It’s time for the Spring Election!

It is now you as a member of ELIN get the opportunity to be an active member on the Board! You will receive great experiences, personal development and have a lot of fun as a member of the Board!

The open positions on the Board are:

Your application should be in English

The Board is the executive and decision-making body of ELIN and is responsible for managing the whole association through working both strategic och and operationally. The Board has weekly meetings together. There are board meetings every other week, which all members are welcome to, and discussion meetings with only the board every other week. All meetings within the board and the committees can be held in English, but some events that all committees arrange with external actors are in Swedish

Learn more about the positions:

How the Election works:

If you have any questions regarding the Election, email valberedningen@elin.se. If you have a problem logging into ELIN.se, please E-MAIL it@elin.se.